In the last two weeks we have been all over the place. We went from Idaho to Tahoe to the River Store, up to the red woods, and on to Skook. With all the moving around and lack of power when we were stationary I have gotten behind on the updates and photos. This post will get us all caught up again. The photos are not necessarily in chronological order. They all got shuffled for some reason but I think they’ll be fine just the same.

After the event at Kelly’s Whitewater Park, we stayed in Idaho a couple extra days and got some paddling in on the Payette. Our last day there we drove up the South Payette and found some awesome hot springs right on the river. What better place to camp than a hot spring on the river? We left Idaho headed for a paddle with the folks at the River Store but not before having a lay over day at Tahoe. We spent a Friday at the lake just enjoying relaxing on the beach and climbing on some big rocks in the water. After we left the lake we made a detour to South Silver on our way to Coloma. Our intent was just to go for a hike and maybe swim in the pools. I expected to find nothing more than dry rock between some swimming holes, but to our surprise there was a little trickle of water coming down. We elected to make camp at the put in and then squeeze in a low water run the next morning before heading to the River Store. This run was definitely the lowest I’ve ever done it but we were there and Craig had never done it so it was worth it. We couldn’t run the big ones. Well, we probably could have but both elected not to do that to ourselves. Dropping that far onto barely wet rock didn’t look like a great way to start the day. We still got to run the top stuff (except boof boof slide) and quadruple bypass. I wouldn’t go all the way there for that level but since we were there already it was worth it. We then headed to the River Store, where we were only a few minutes late, and had a great day paddling on the South Fork American. To make an already awesome day even better we spent the evening at a BBq at the store. Oh and of course there was ice cream. Lots of ice cream. We ended the night hanging out at John and Brandy’s pool. Falling off stuff, play boating, BBq, ice cream, pool…. pretty awesome day.

The next day we headed to the redwoods where we camped a couple nights before making the push north to Skook. We spent 5 days hanging out on the lake until the wave came in and then surfing until almost dark. Amy and I then split off from the group to head back south and retrieve the trailer we left behind in Reno. We are back on the road tomorrow headed to Teton National Park before we start driving to PA. I can’t wait to do some paddling back east. I haven’t paddled there much and am excited to see some new rivers.

This is on one of the trails in the redwoods. We did a couple hikes there and camped in one of the sweetest campsites I have had anywhere. 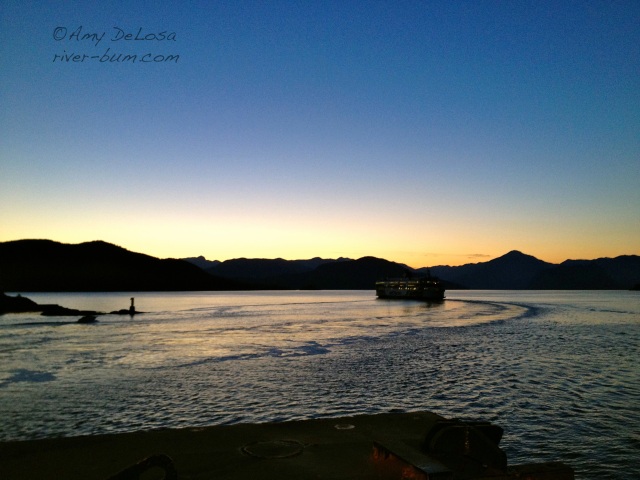 Sunset ferry on the way to skook

Who says kayaking won’t get you girls? Carly meets Craig at the get out on South Silver. 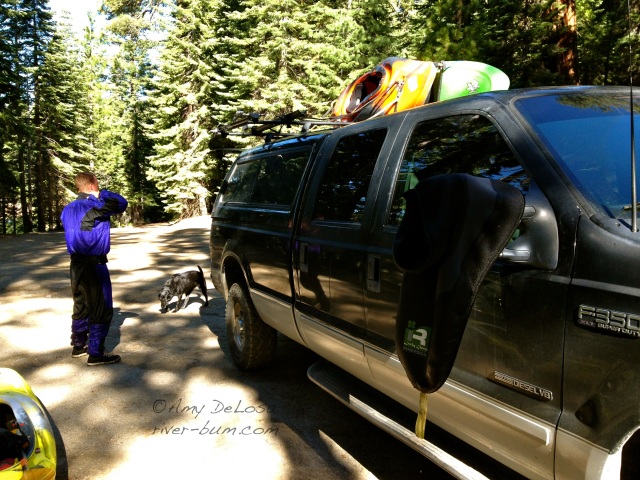 At the get out and done with the run before 8 am. That has to be some kind of record for Demshitz.

This was our camp in the redwoods. We parked and went up some stairs into the bushes and had this little patio up in the trees. I was kinda like a tree house. 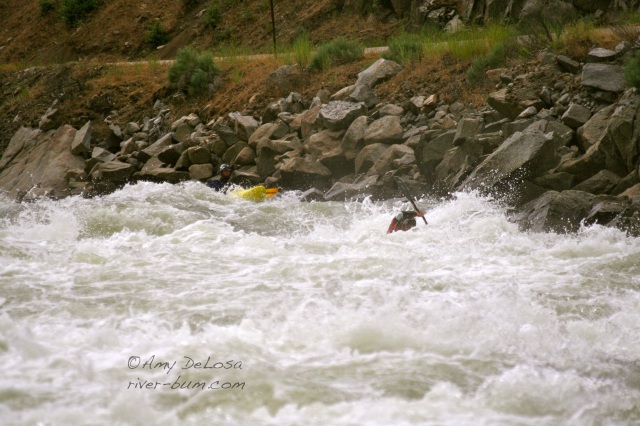 Craig and I finishing the lower 5 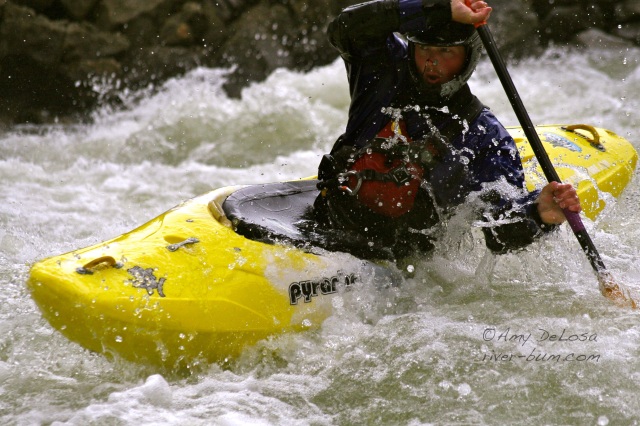 The NF was very different water from what I’m used to. It felt oddly unnatural but if I could see really getting used to it.

Headed to the hot springs in Idaho. It rained on us for 5 days while we were there. It really made me appreciate living in the desert and gave me a reason to finally use that umbrella we have been carrying around.

Water from the upper spring cascades down the rock to the river side pool.

Craig and Carly on the beach near redwood national forest. 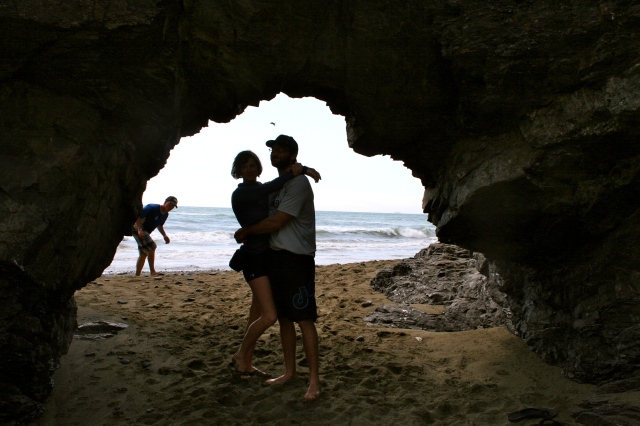 They were looking for squatches and didn’t notice as one snuck up right behind them. Squatches are sneaky creatures.

This was a pretty cool arch rock surrounded by tide pools.

Amy and I, and of course Cadence get a turn under the arch.

No Squatches creepin up here. 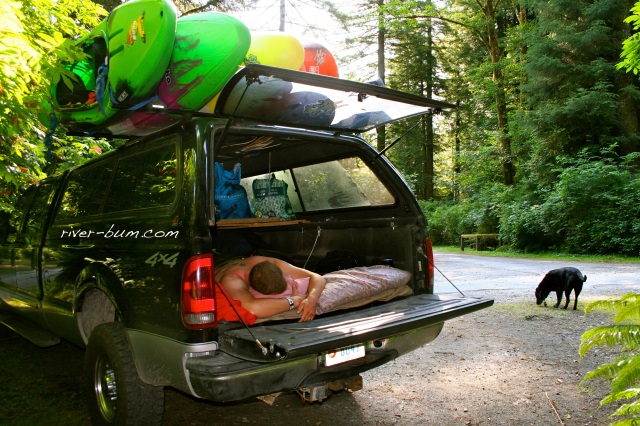 sleeping in, in the redwoods

There are a lot of really big trees in here.

This fallen tree is big enough to walk through the center of.

It took about 33 steps to walk around the base of this tree. 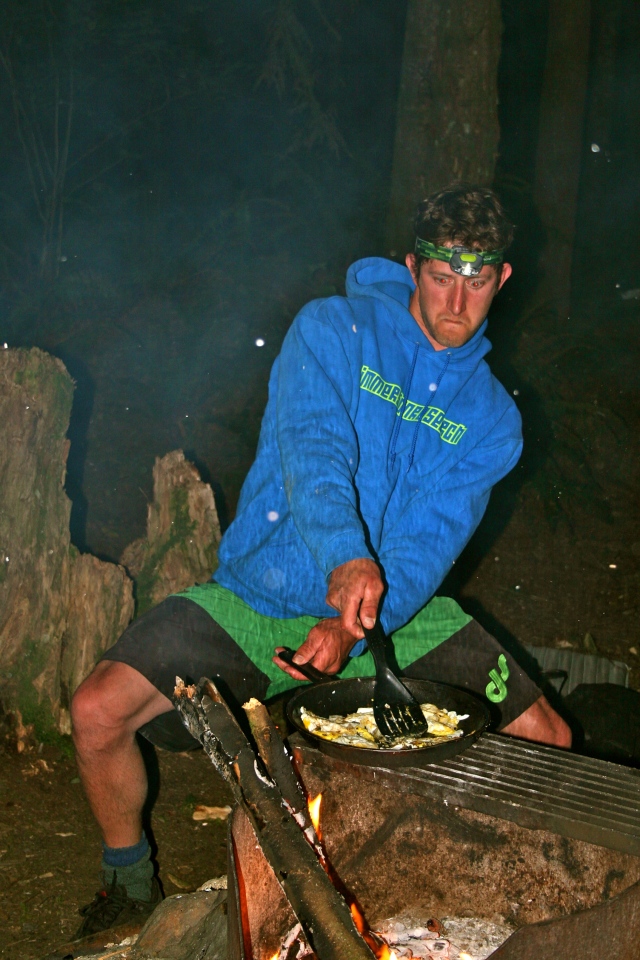 We were usually making dinner at around 10 every night after getting back from the wave. 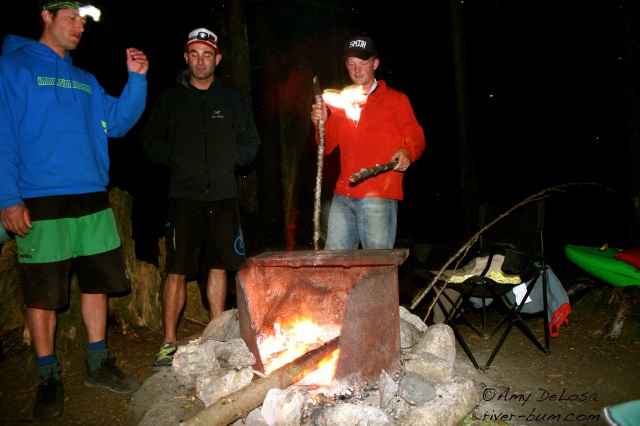 The fire seems to deter the mosquitos, though some would disagree. 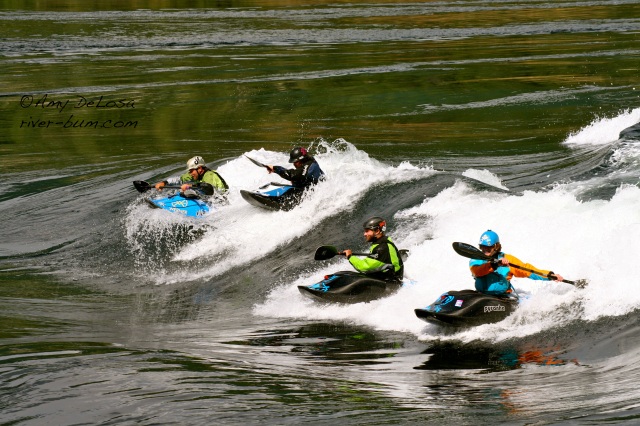 The wave is just starting to form and Demshitz is already surfing 4 at a time.

Even if the wave wasn’t that good, I would still want to go there. It’s rad just to sit there and stare at the bottom some 10 feet below you. The water is crystal clear.

Matt Anger ferrying out to the wave as Dave Fusilli does a back stab. 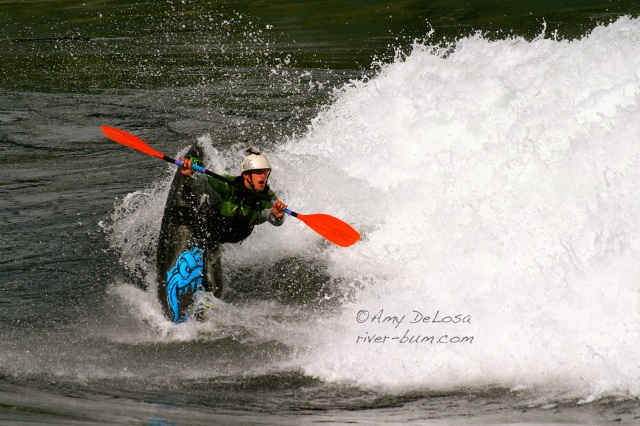 Sir carbon Jed and Skook are very good friends and make an ideal team for an excellent paddling experience.

“I’m really tired of the water. I think I’ll jump out and dry off a bit.”

“Watch closely. This is how you do it.”

Hanging out on the dock waiting for the wave to come in.

falling off the dock, still waiting for the wave to come in. 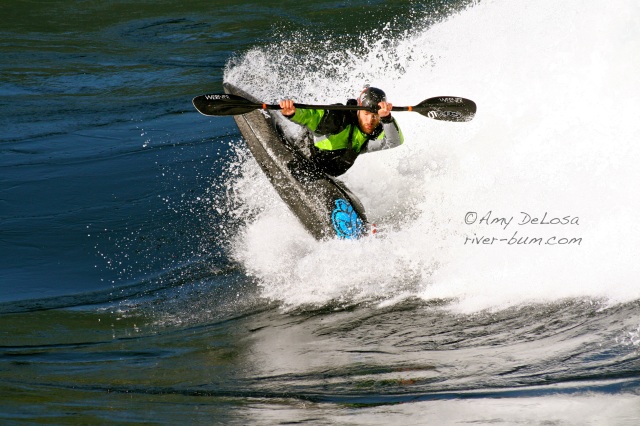 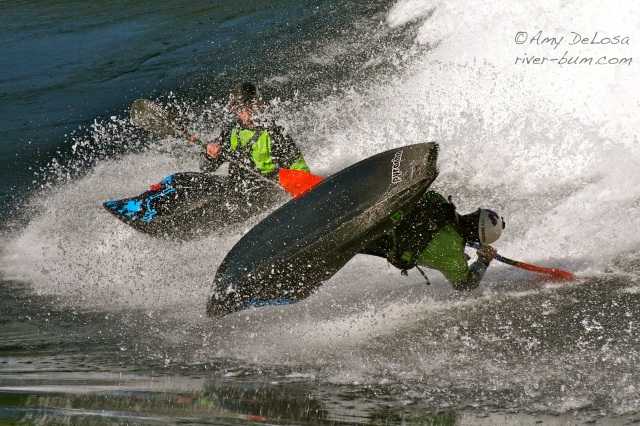 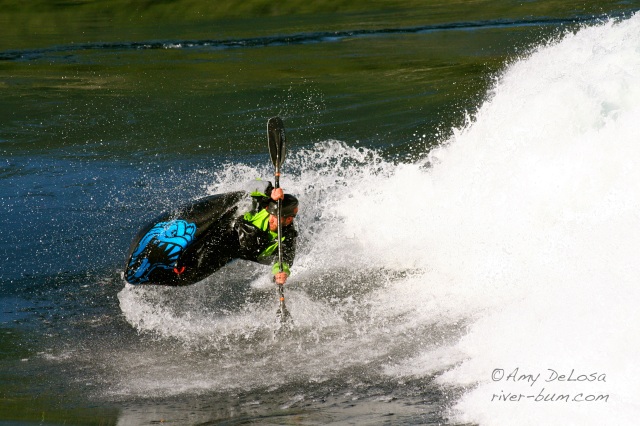 Craig, having already mastered all the wave tricks, decided to make up some new ones.

The sun coming up through the trees at Klein Lake. Just a few hours until we go back to the wave.