It’s been a little while since my last update. I believe we left off somewhere after we left Yellowstone National Park and we were on our way to PA. Well as you might have guessed, we made it to PA. I spent about a week there and Amy is still there. There isn’t a lot of things to do in central Pennsylvania so I was eager to get out of there ASAP. Amy has been enjoying working on the farm and teaching yoga a couple times a week. We did get in a casual float day on spring creek while I was there. Amy’s mom also joined us. It was just a class II float but it was nice to get out on the water on a hot afternoon. Although, had I known ahead of time how many trees were in that stretch of river I would probably have recommended not taking my mother-in-law who has never paddled moving water before. Still, she and Amy had a great time being on the river together and I was able to strategically position myself between her and the bigger strainers to ensure that she was deflected away.

After a week I was on the road to the south. I am super stoked to be here now. I always loved coming to the south to paddle as a kid and am only now able to explore the rivers of the south properly for the first time. I can’t wait. My first day in the south east I went to the Pigeon River play spot (site of the 2013 national championships) to check it out. The spot is one of the best I’ve ever play boated in. The hole is retentive, yet friendly and fairly easy to move around in, and it is seemingly bottomless. This is a huge improvement over the shallow spots I’m used to. I left the Pigeon and headed to Asheville to meet my younger sister for lunch and pick up a new creek boat from Pyranha. I left the warehouse and made it no more than 1/4 mile when my truck started making all kinds of terrible sounds and lost all power. I managed to limp it back to Pyranha where I lived for the next four days while trying to fix it. On the 4th day I enlisted the help of Matt at Green River Diesel. Matt, a fellow paddler, has done more than I could have ever imagined to help me out with this problem. If you are in the greater Asheville area and in need of diesel repair, this is the guy to talk to for sure. Long story short, my truck is waiting for the delivery of its new engine. This is a major set back to my financial situation, but if you think about it, I’m essentially getting a brand new diesel which I could never really afford. So, I guess it’s not all bad. I’ve been staying with my friend and fellow team paddler, Mike Patterson, for the last week or so. I’ve gotten plenty of river time in while waiting for the truck to get fixed. Had a few days on the pigeon, some at the worlds feature at the NOC, and a day on the Nolichucky. We even got a day of climbing in which I probably wouldn’t have done if my truck hadn’t broken. I just finished outfitting the new creek boat today so hopefully I’ll get to start checking out some south east creeks pretty soon. 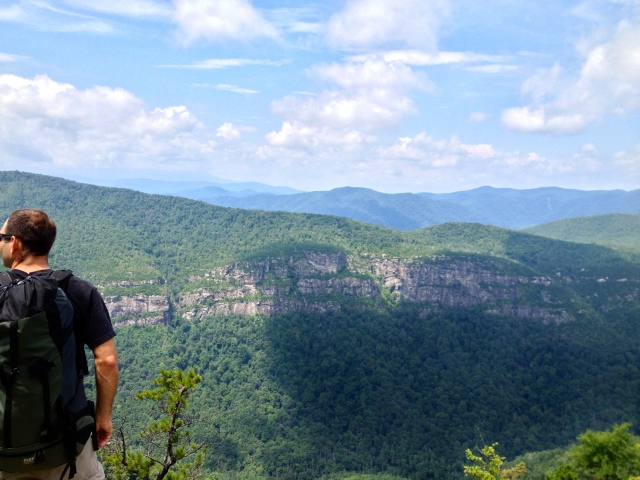 It sure is pretty in the south east.

This was supposed to be a panoramic shot but I messed it up. I need Amy to take the photos. 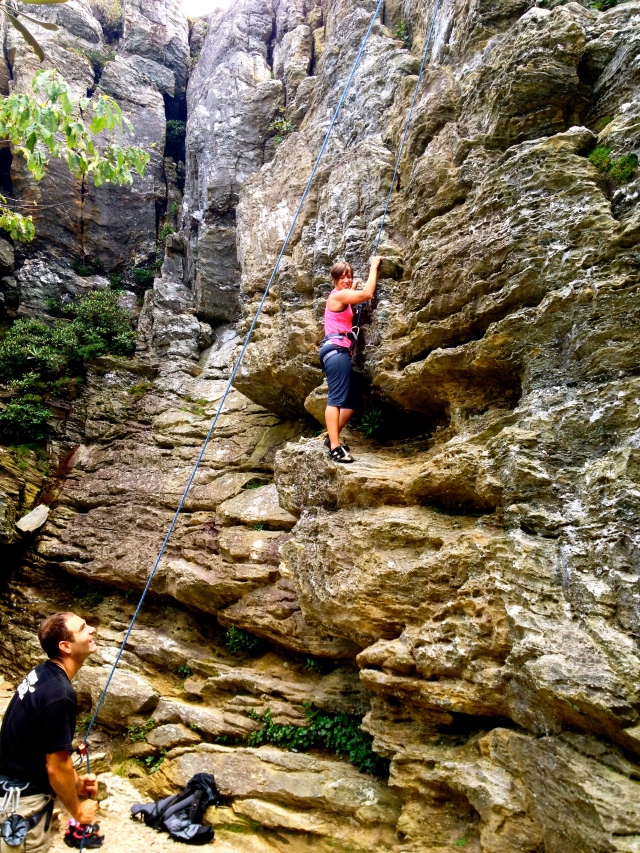 Mike and Melanie at the climbing spot we went to. I thought it was awesome for my level of climbing. Those of you who climb might find it too easy but it was still a rad spot just in general.