Demshitz killing it in Colorado continues at the 2013 GoPro Mountain Games in Vail.  Demshitz competed in every kayak event offered over the 4 days at the games and had a good showing in all of them. This was my first year doing the creek race. I’m super stoked on racing and can’t wait to race more creeks. Homestake creek is about a half mile stretch of the steepest mankiest water I’ve ever run. The run is very continuous and averages a gradient of about 450 feet per mile. It can be considered two distinct rapids. First is the long mank section. Spread over about 1/4 mile this maze of sharp rocks increases in steepness as you go. After negotiating the mank successfully you arrive in one short pool before the bottom section. It is a good idea to catch your breath here. After the pool there are 4 drops separated by pools of fast moving water. There really aren’t any good eddies. You could back paddle to stay in one pool but you won’t want to be tired coming into the last drop, “leap of faith” which has a tricky lead in and a munchy hole. Your best bet is to run them all in succession. Each drop if run correctly can leave you well positioned for the next drop. On the contrary  if run incorrectly it could leave you in a rapid compounding situation of pitons and/or a pin. In practice leading up to the race I had very limited success on this creek. I had two pins; one of which had me on my back on the river bed wedged between two rocks. I had to squeeze out and kick my boat off of me to get out of this one.  I also took a few pretty hard pitons. In practice it seemed like if I got destroyed on the top section I would clean the bottom and if I cleaned the top I would get destroyed on the bottom. I was on the verge of backing out of the race but then realized that at least for the race there would be a safety crew at every crux spot on the creek. So, the race is really the safest time to run. Feeling slightly comforted by this I raced. I wasn’t that fast but I put down two clean and consistent runs. Given my record in practice I’m stoked to have two runs as smooth as they were. I’m looking forward to coming back next year and going faster. This race got me stoked on creek racing. The combination of physical and mental challenge it provides is unlike anything else I’ve done. I’m really looking forward to the Pine Creek time trial this week at FIBArk.  The day after the race was the freestyle prelims. Two of Demshitz made it to semi finals. Mr Jed is slowly but steadily taking over the freestyle scene. On Saturday Henry Hyde represented Demshitz in the down river race. Sunday was the famous kayak 8 ball. This is one of the most insane races I’ve ever been a part of. I’m sure you have all seen boater X but this race takes it to a whole new level. Using the superior speed and maneuverability of my Shiva I made through 5 or 6 rounds to the semi finals. In the next to last round I got stuffed into a bush overhanging the side of Gore creek by an 8-baller and my race was over. Oh, and on a side note here is a little Demshitz safety tip… Float bags! After the last round of caos, some local paddler in the race swam. We and another guy, Charlie, chased his 69 gallon remix full of water for about half a mile or more before we could get it out of the current. While wrestling it we noted that there were no float bags in the boat. Once we got it to shore it turned out that there were float bags in it but they weren’t inflated. Once the owner of the boat arrived to retrieve his kayak Charlie and I both gave him a hard time about blowing up his float bags. His only defense was, “I didn’t think I would need them.” Lesson of the day, you never plan on swimming. If you are planning to swim, you might rethink running the rapid. Despite swimming never being the plan, you never know when it is going to happen. I don’t care how good you are, we all swim sooner or later. Get some bags and blow them up. It will make it much more likely that you get your boat back and make your buddies job much easier. There is your Demshitz safety tip of the day, now back to our regularly schedule program with some results from this weekends events.

Rowan Stuart Killed it coming in 3rd in the women’s and taking home some cash.

Demshitz is fired up and looking forward to FIBArk this upcoming weekend. Stay tuned for more pics, videos, and stories.

The author finishing the Mank section on Homestake. Notice the dent in my boat from a pretty serious hit I took on a previous run.

I know you’re probably thinking it doesn’t look all that manky. These two drops before the first pool aren’t too bad but if you look just above the upper drop in the picture you get the idea. I just ran a 1/4 mile of that crap to get here. 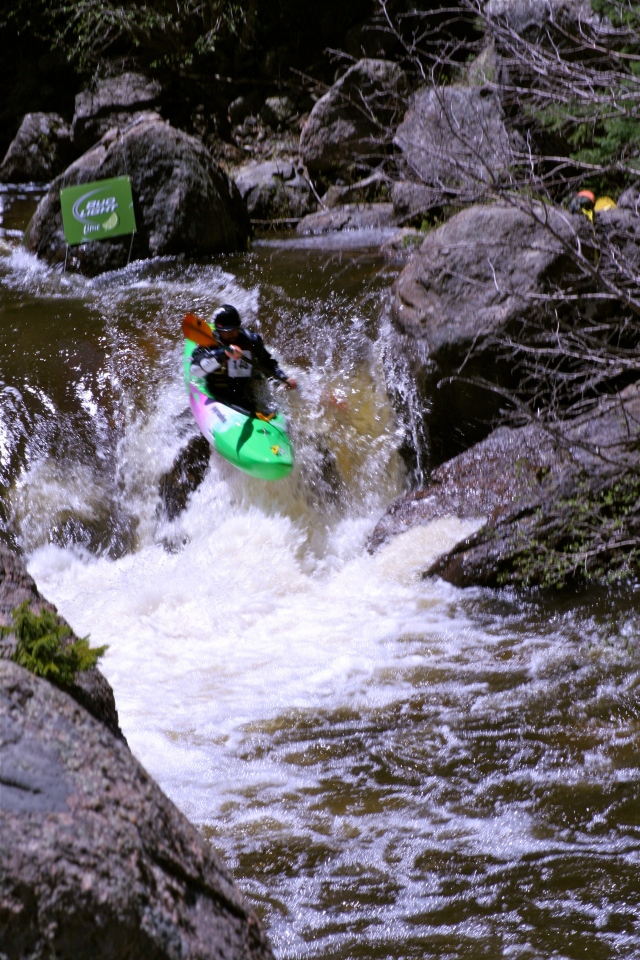 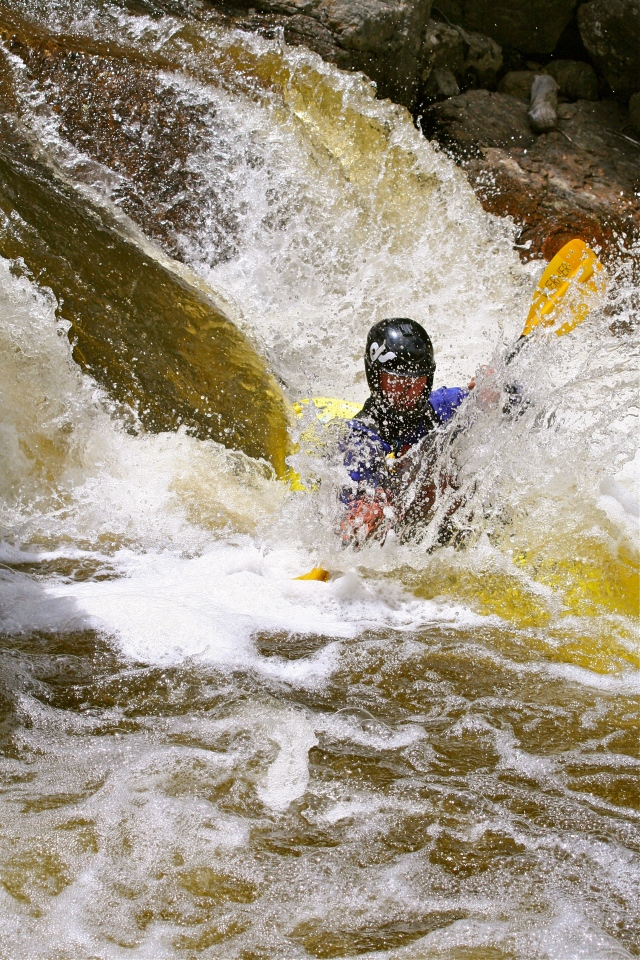 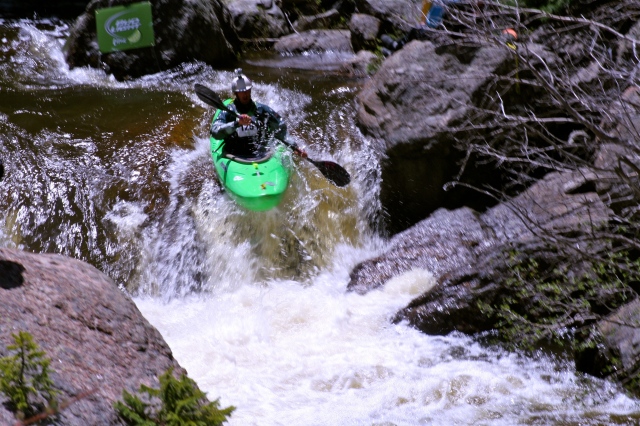 Dave Fusilli put down two fast laps and held second place after the preliminary round. 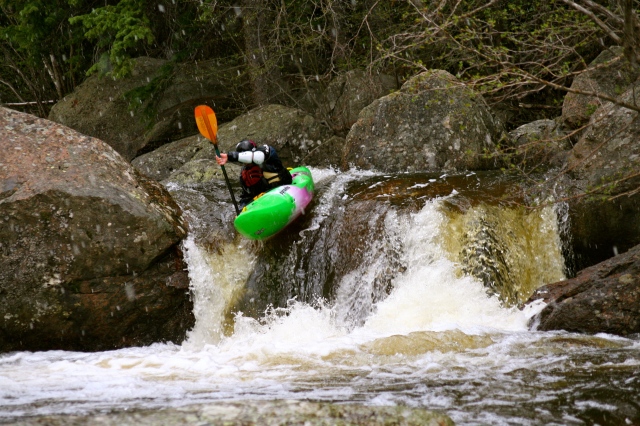 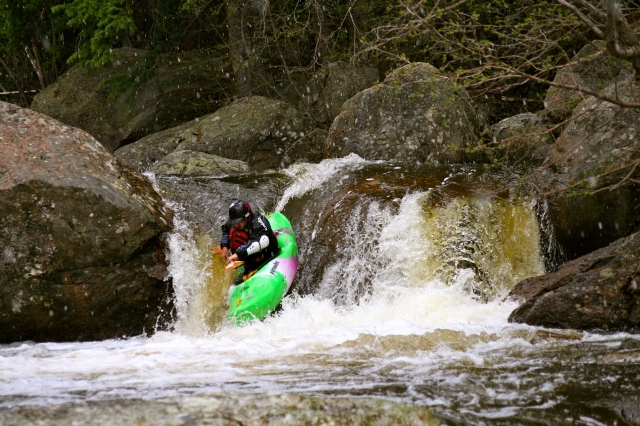 Mike Patterson going straight out little sunshine during the race. I tried this line once in practice and took a gnarly hit in the landing. Apparently I didn’t keep my bow up.

Bren Orton comes all the way from the UK to run the Colorado mank.