Another great week at the Lyons Outdoor games has just wrapped up. With something like a dozen or more features, the North Sain Vrain white water park in Lyons never fails to deliver plenty of great boating. There is a feature for virtually any water level. This year I finally raced the South Saint Vrain creek race. It was a lot of fun despite being pretty low. I had only one practice run the day before and then raced on Saturday morning. My race run went pretty smooth. I was holding back trying to be clean, afraid that I wouldn’t remember the run that well after only one practice lap. As it turned out, I remembered it very well and now wish I would have paddled faster. We only got one race run, but next year I look forward to being a little more competitive in the race. Saturday afternoon we did the relay race boatercross. This is always a fun event. We raced in teams of 4. The first person does 20 push ups then sprints with his kayak about 100 + yards to the put in. He races about 1/4 to 1/2 mile down the river, does one upstream gate then ferrys to the opposite eddy to tag a teammate. The next team member repeats the course. First team to get all 4 people done wins. There was some talk amongst the competitors about adding a mandatory beer chug to the race next year. It is sponsored by a brewery after all. The underage racers could do a milk chug instead. Sunday was the freestyle finals and the Jr’s freestyle. Rowan Stuart won the Jr women’s comp in her Mrs. Jed with an impressive 420 point ride, a score that would have won the Pro women’s comp. 4 of the 10 semi finalists in the Pro men division were in Sir Carbon Jeds. Mike Patterson finished 4th after finals. I think Dave Fusilli was 6th. Craig Kleckner and Matt Anger were also in the top 10 but I’m not sure exactly where, nor do I have the results from the race, nor do I know where I finished exactly. I didn’t do a very good job of getting the results for this event. I guess I won’t have a future as a reporter. On the bright side however, Amy killed it with the photo taking and I did manage to get those up here on the site with some commentary from yours truly. Check them out below. I hope you enjoy. Thanks for reading. 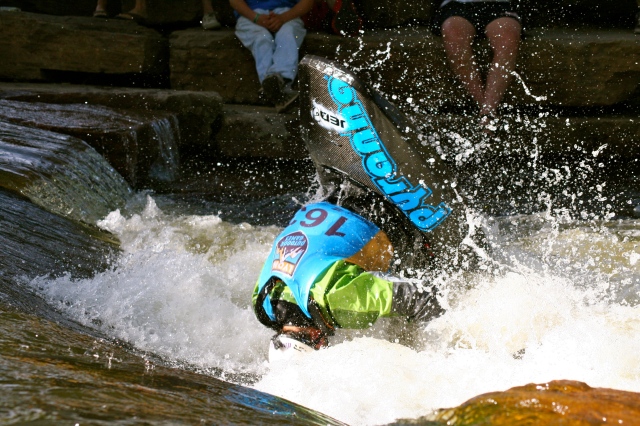 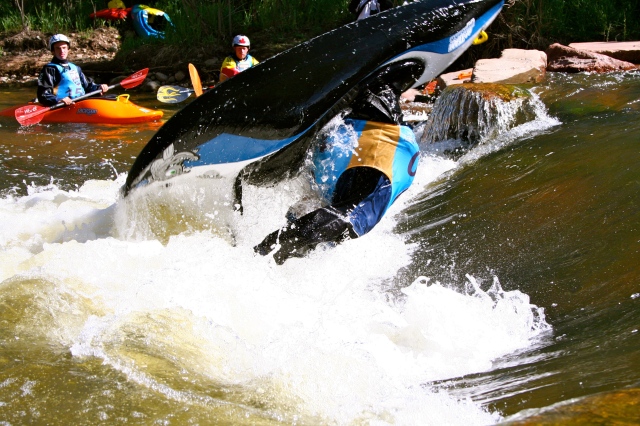 Matt Anger shows us here that sir carbon Jed is just as good in the air as it is in the water. 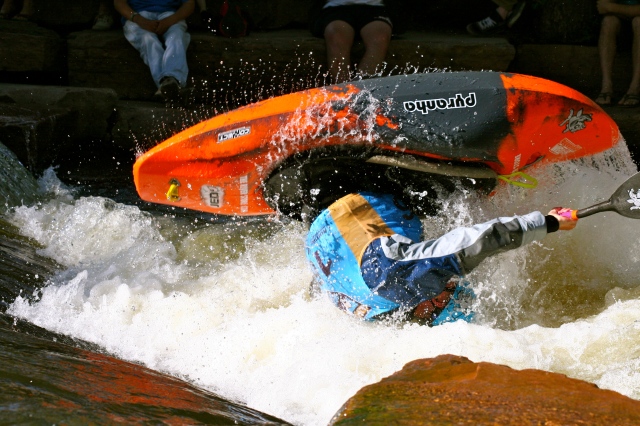 The author getting a little air on a space godzilla. Do you ever wonder who names these trick? I know I do. I see nothing in this trick to make me think of a galaxy far far away or a giant fire breathing dragon that destroys cities. 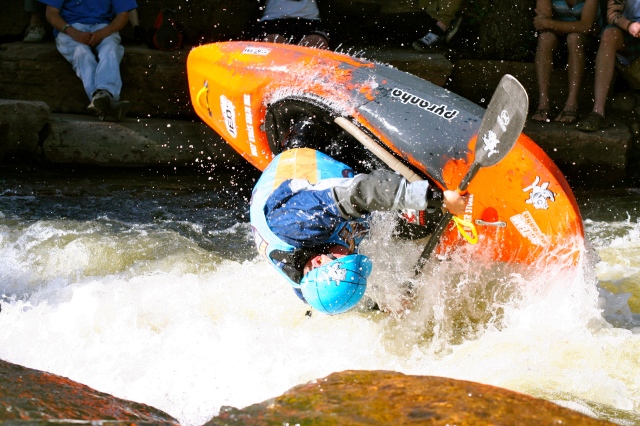 The water is cold. I think I’ll jump up here in the sun for a bit. 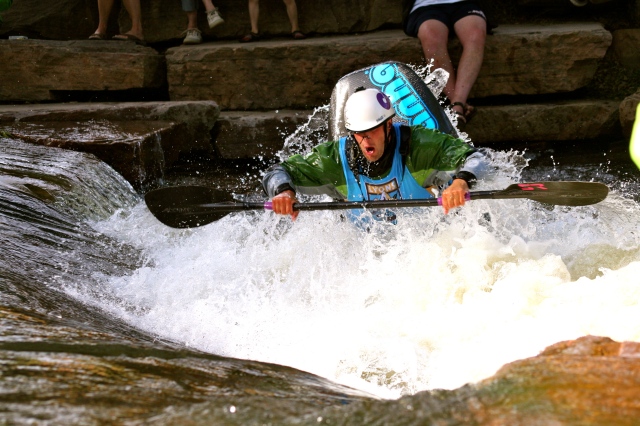 Dave taking in some air before throwing his loop. 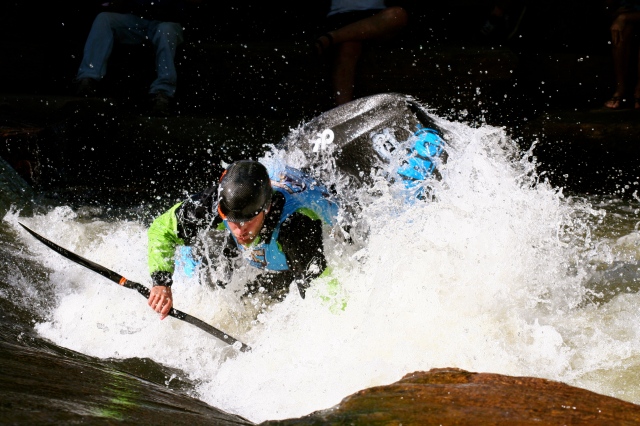 Craig Kleckner with the wing over entry move. 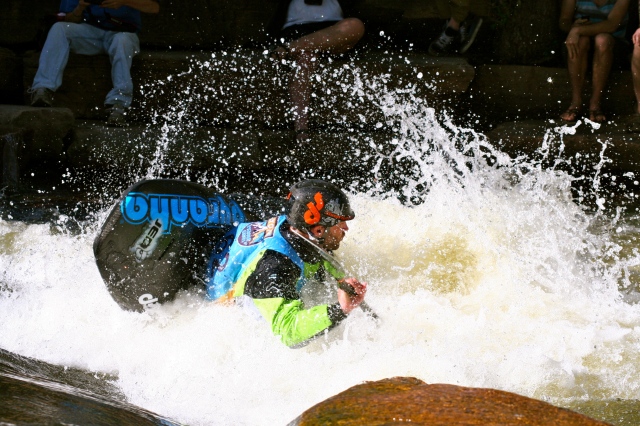 Finishing nicely. Nothing like starting the clock with points on the board. 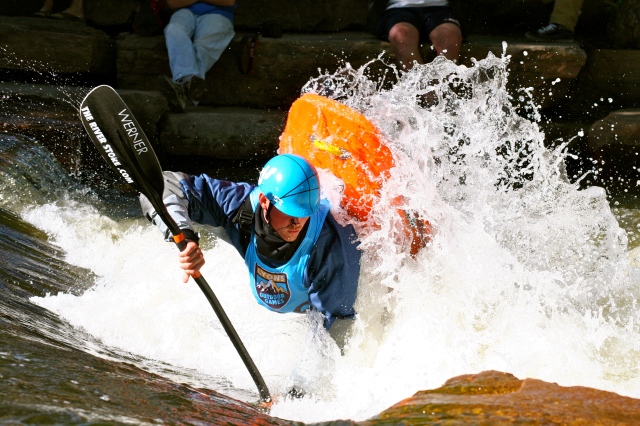 Yours truly with an entry move of my own. 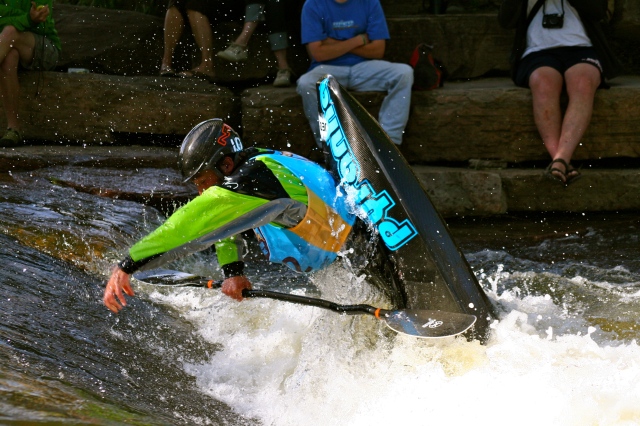 Follow the Brown claw through these next few pictures…. 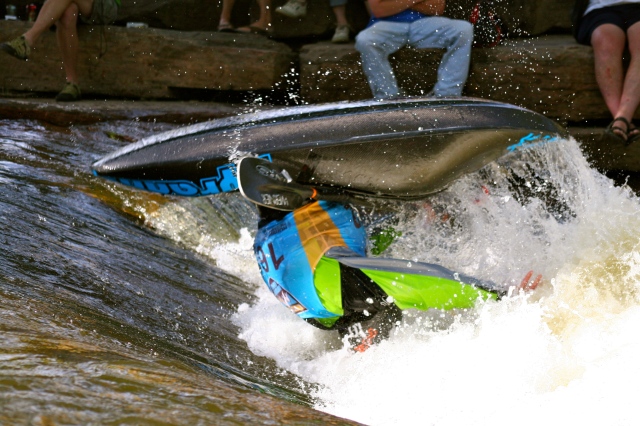 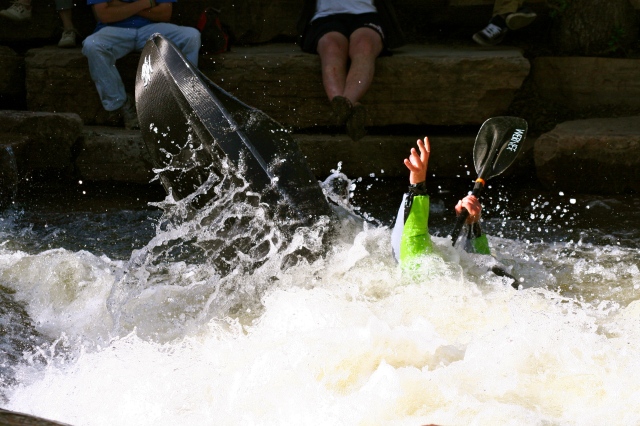 … completes the trick without ever putting that hand back on the paddle. Just the boat and the brown emerging from the water here. 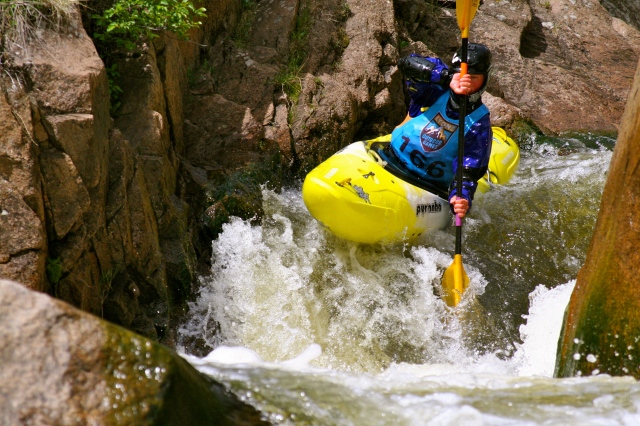 It probably doesn’t look like it from this picture but this is the move that I blew in the creek race. I got the boof but not with nearly enough angle which caused me to get pushed into the eddy on river right. I then had to turn and ferry back left for the next drop. It cost me a few seconds. 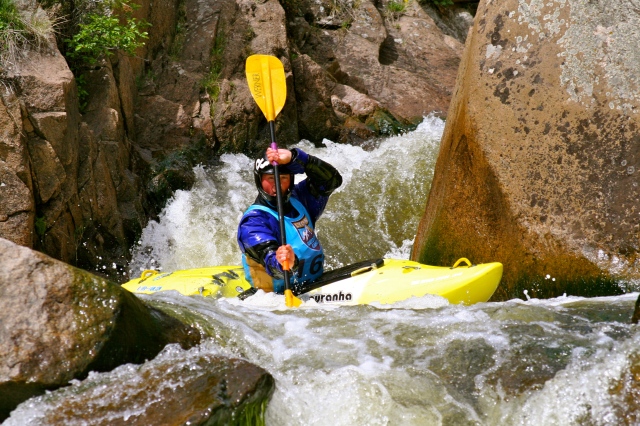 If I hadn’t of just told you that, from these shots you’d think I aced it. Let’s go with that. 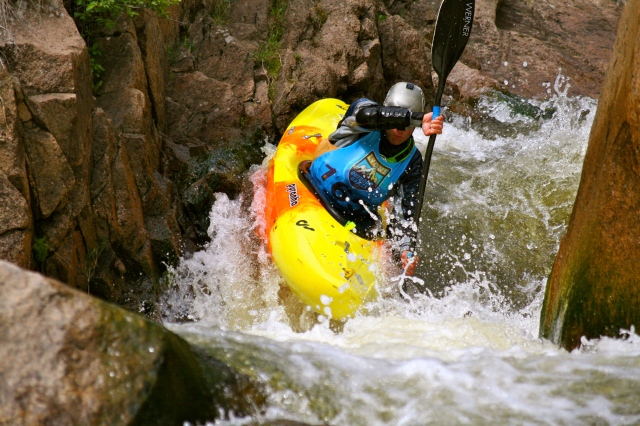 Miguel gets the move to the left here. 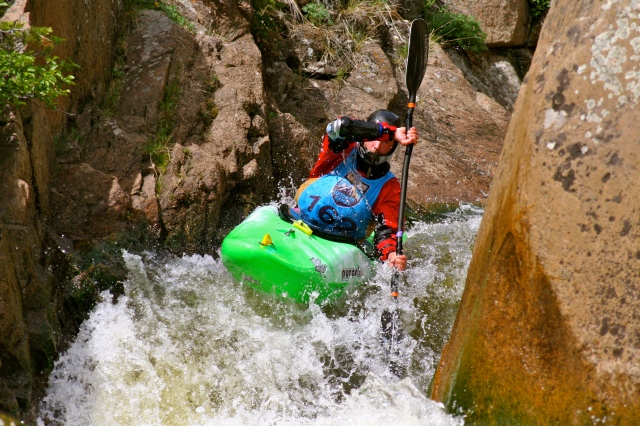 Craig boofing and posing for the camera. He was the only one without an arm in front of his face. 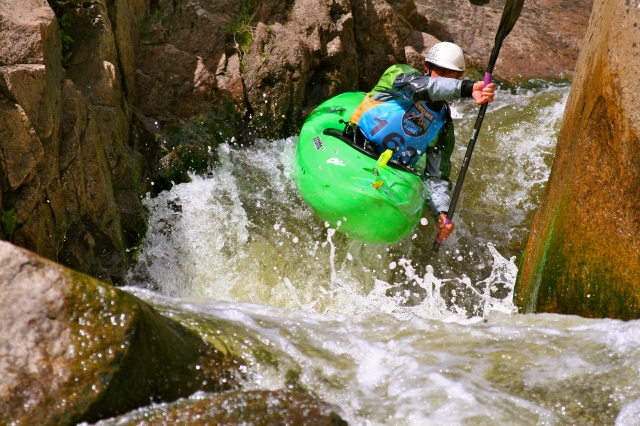 Dave boofs while hiding from the paparazzi. 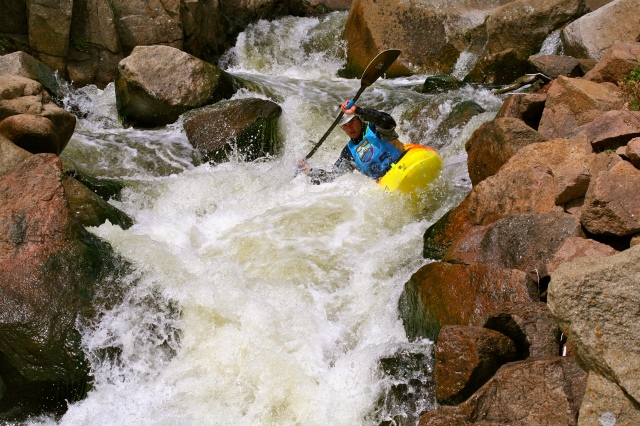 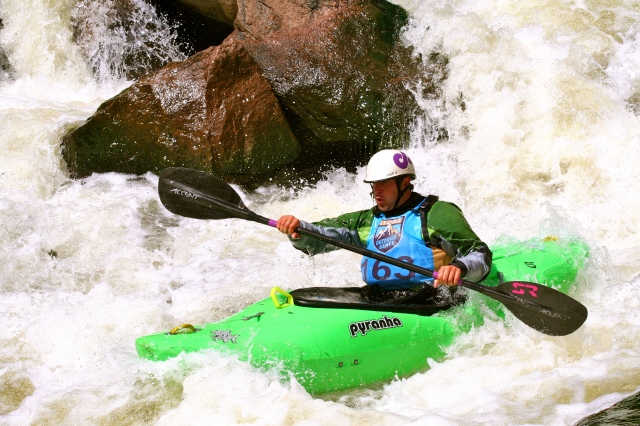 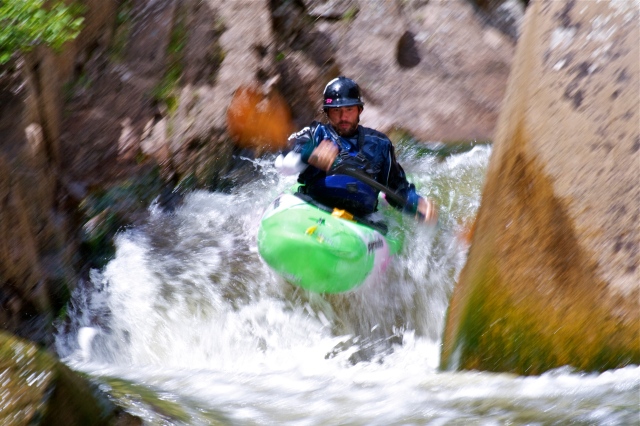 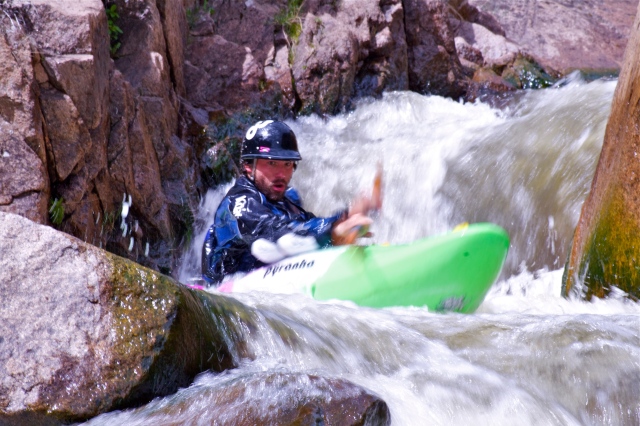 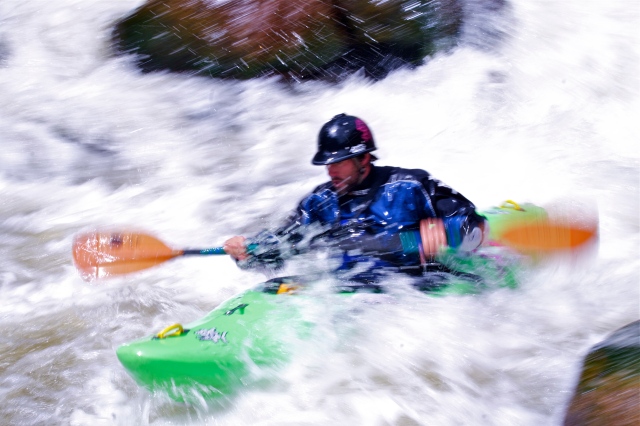 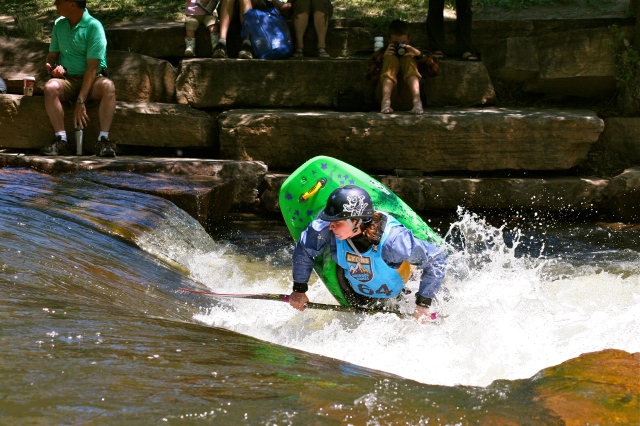 Rowan does better Phonix Monkeys than I do. (There’s another bizarre trick name.) 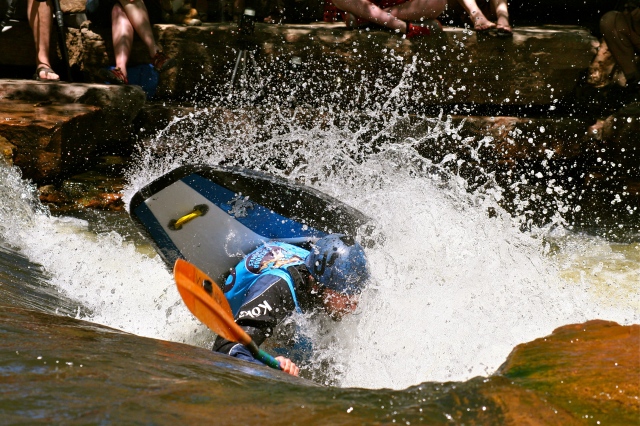 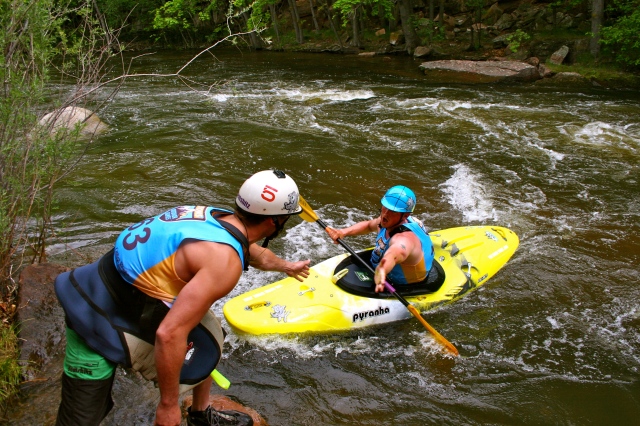 Here I am coming into the eddy to tag Dave during the relay race. 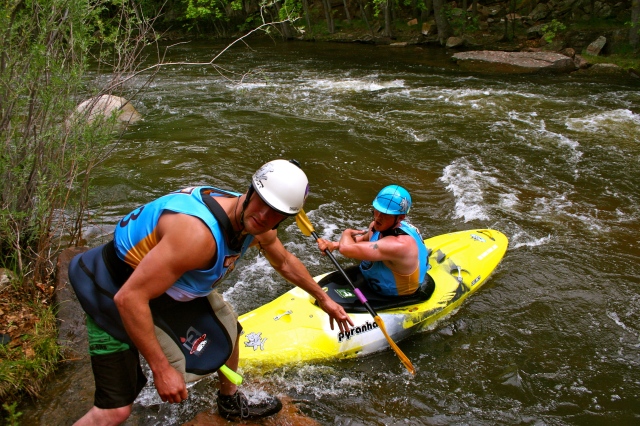 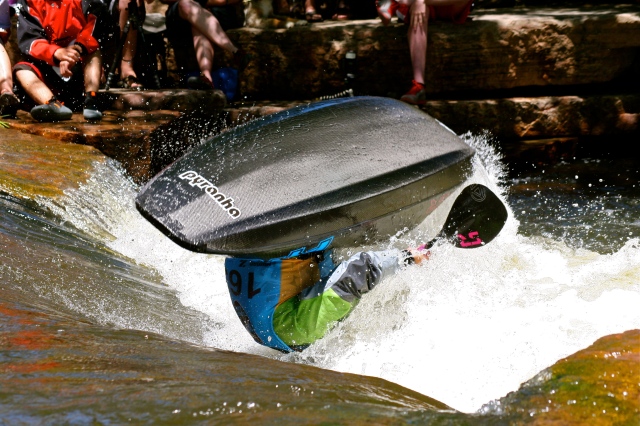